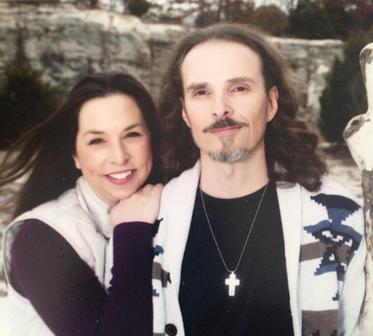 Aaron met his wife, Michele, in 1996 when she auditioned for his rock band Jambalaya Jane at the urging of band drummer Ryan Treasure.

Aaron is a die hard Cardinals fan, but when it comes to football he is all about the Dallas Cowboys.

Aaron has spent his entire career as a musician performing in bands for 26 years and teaching all levels and ages with Band Instrument Service Company from 2006-2018. Aaron has played in several original and cover bands over the years. Among his favorite performance memories is sharing a stage with Rock and Roll Hall of Famer Johnnie Johnson (opening for blues great Chris Duarte is another highlight).

Aaron takes pride in customizing his lesson plans for each student, and meets every student where they are musically, whether they are kids or adults, beginner or advanced. All students receive a foundation in music fundamentals plus the tools to play the music that inspires them.